I recondition, repair, and tune pianos in the Lancashire area of England. I cover all of Lancashire area, North Manchester, parts of Merseyside and South Cumbria. Why do I cover such a large area? I provide services that other tuners do not and for this reason manufacturers and retailers in the UK use my skills, one of which is one site polyester repairs.

I have been vetted by the Disclosure and Barring Service (DBS) and therefore approved to work in situations with vulnerable adults and children. (Previously known as CRB checks). 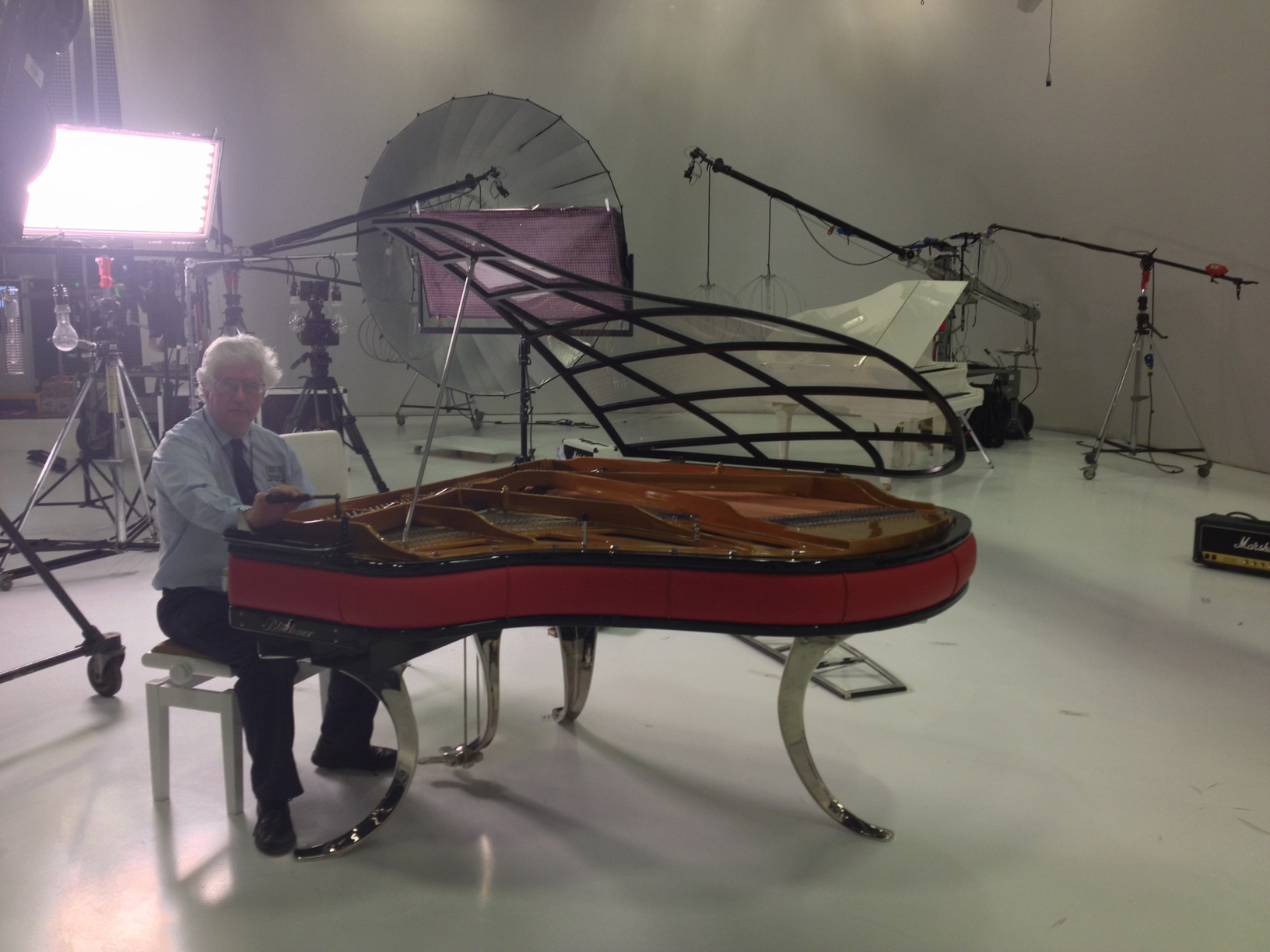 Tuning at the BBC Manchester


I was trained as a Piano Tuner at RNCB back in the 70s where I received a diploma in piano tuning and repair. I also obtained my City and Guilds String Instrument Design, String Instrument Repair, and String Instrument Tuning and Toning, parts one and two, in all three City and Guilds. I also completed Action Finishing and Regulating part one. As part of my training in 1978, I spent six weeks at Bentley Pianos on tuning and toning and one day a week out of the six in the action finishing and regulating department. During that same year, I was awarded the Clothworkers' prize for the highest exam pass for City and Guilds for all of the UK. In 1979, I spent time at Kemble-Yamaha on voicing and toning. In 1979, I received the Layton prize for best piano repairer, and that prize was awarded to me byHRH the Prince of Wales. In 1980, I started to work for Hunt's Pianos in Darwen, at the time the largest restoration/wholesaler in the UK with over 2,000 pianos in stock at any one time. The following year I was promoted to head technician among five technicians and two apprentices. In November 1986 I set up my own workshop and piano tuning round, since them, I have attended technical refresher courses with Bluthner, Yamaha-Kemble, Kawai Pianos, Renner (UK,) Konig (UK) and in 2017 spent 2 days at the Steingraeber Piano Factory in Germany observing their ways of working on pianos.

These are some of the towns and villages I cover (please see the map below): 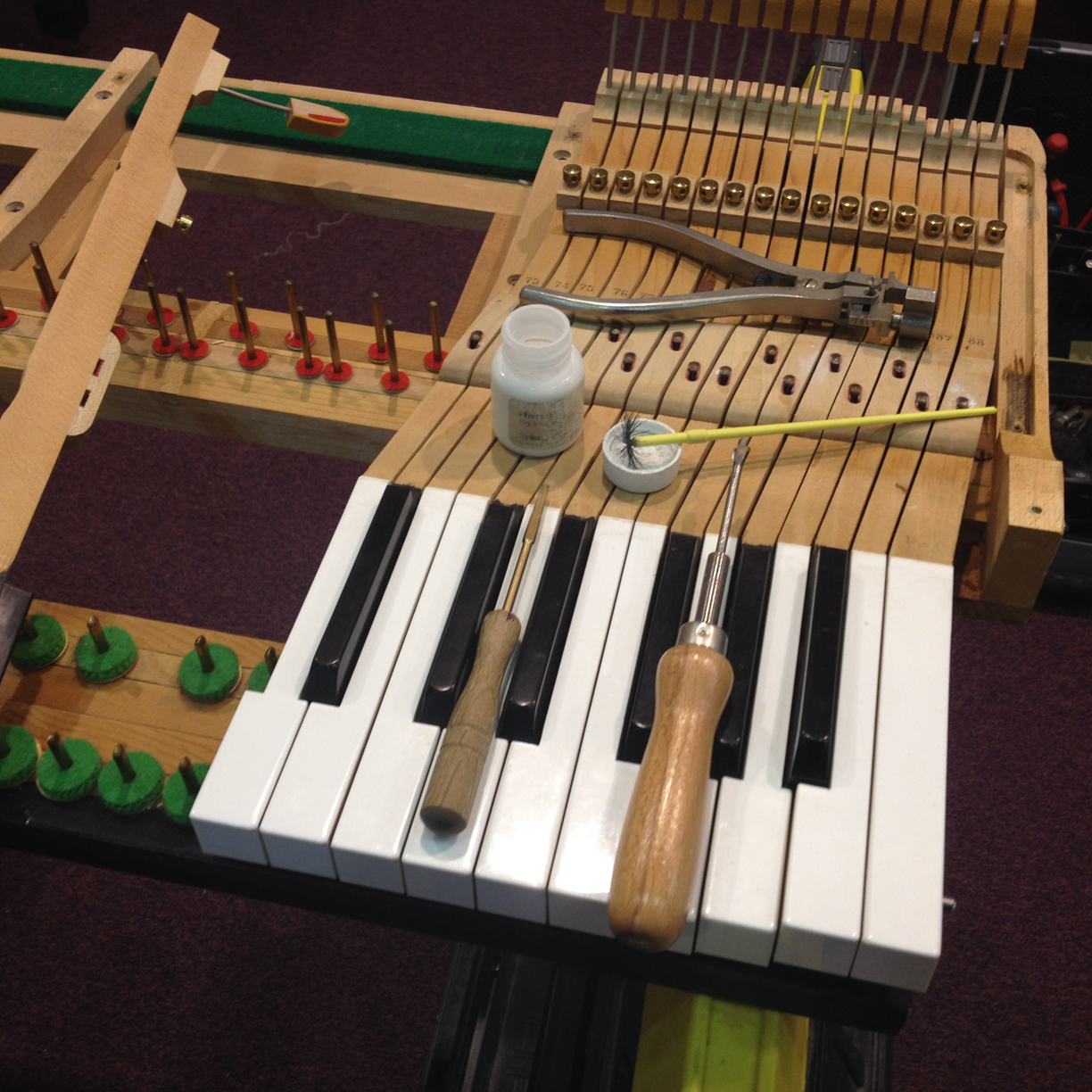 Regulating Keys on a Grand Piano 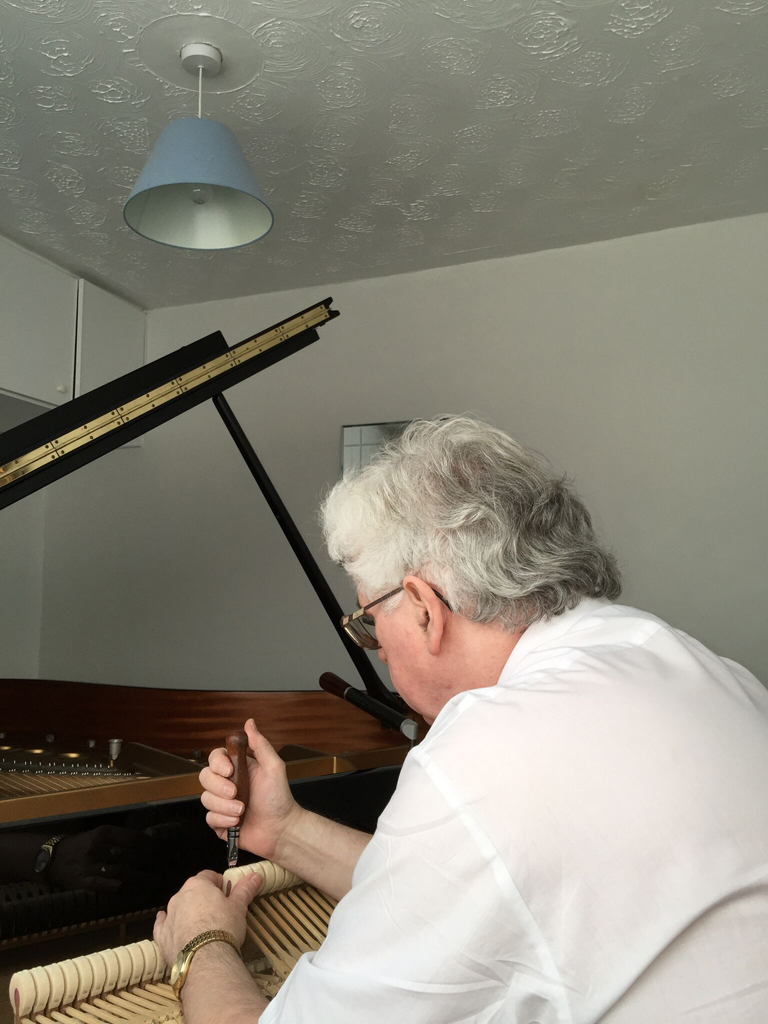 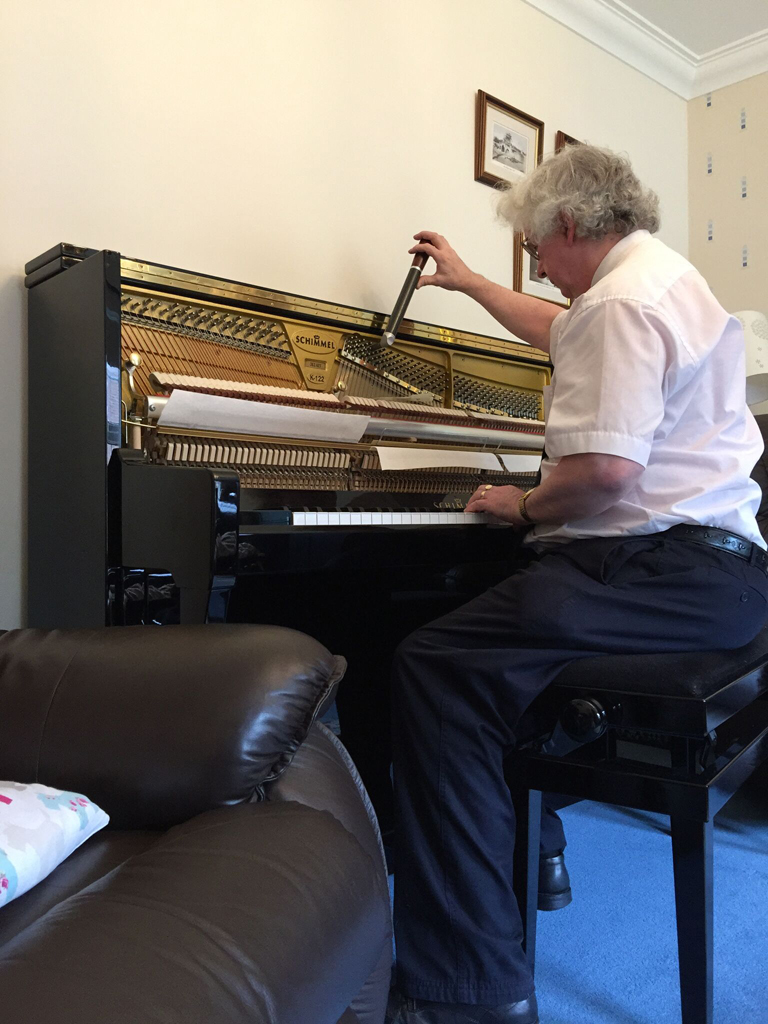 A Map of the Main Area I Cover